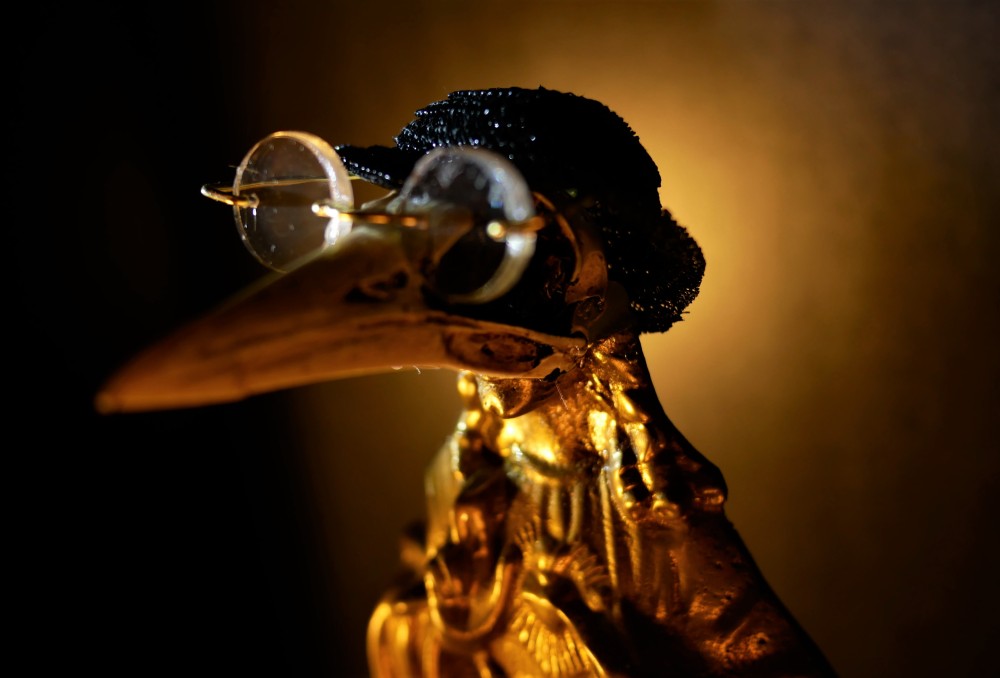 Like our current White House Klan, the Plague Doctor wore a mask to keep out what they called “The Miasme”. This was actually during the Great Plague – and before they learned that the plague was caused by rodent flea’s – not something floating in the air. The Plague Doctor is more in line with the 1918 or Covid-19 Pandemics.

I create Assemblage art – more to photograph than to keep around as a “thing”. I keep my favorites and give the rest away.

Assemblage is a lot of fun

Assemblage art has been called “junk art”, and that is an accurate statement – some say “found art”, and there were several art “movements” who furthered the Assemblage art – like the Dada-ists and Surrealists, including Man Ray and Marcel Duchamp.

For me its been simple – I find a couple cool knick knacks and see what they look like together, and then the “piece” really turns out to be a still life object to photograph.

Its a LOT easier to have digital photo files on an SD card than all these junk art pieces collecting dust!